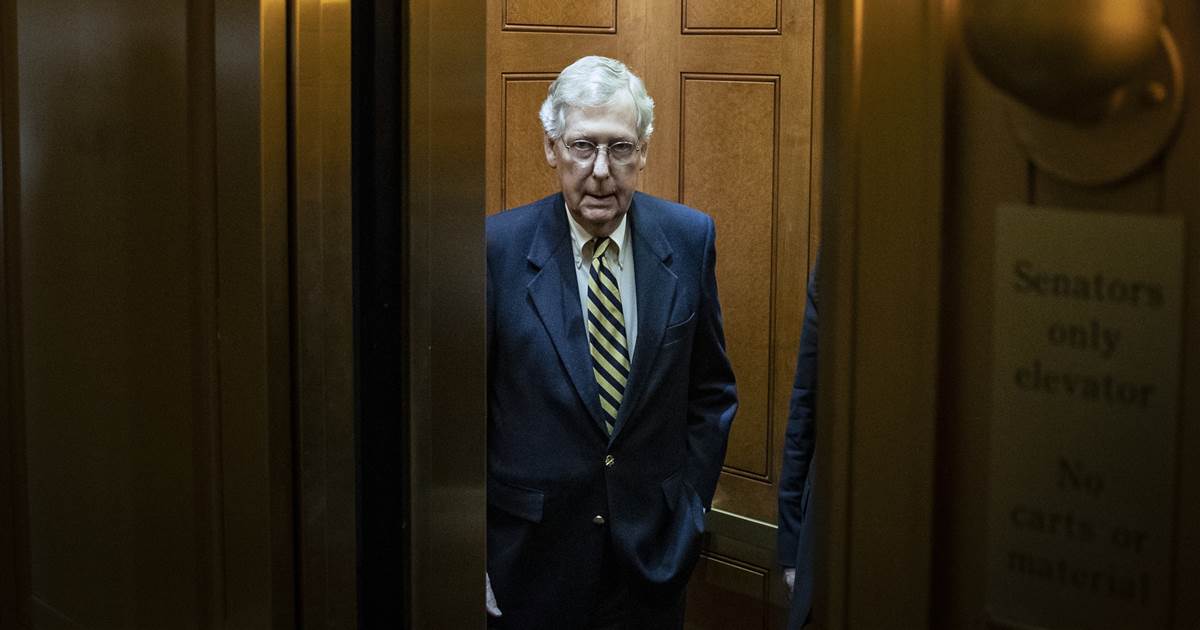 WASHINGTON, DC — What started as rumors whispered between interns in the Russell Senate Office Building, have turned into a full on haunting after repeated ghost sightings in the Senate elevator. Several insiders claim staffers are on edge after numerous reports of a ghostly, corpse-like figure floating through the halls of the historic government building.

Although the witnesses would not give their names for fear of retaliation, one was able to capture a shaky photo of the spectre before the elevator doors closed. By all accounts, the figure is almost human in form, but appears to have reptilian-like features dangling from its face.

While no consensus has been reached, many believe the spirit is the spectral remains of American democracy, which recently died a violent death in the landmark building.

The frequent appearance of the apparition has led to a complete work stoppage on the floor and an inability of lawmakers to vote on any bills critical to American freedom and security.

“When it’s spotted in the Senate chambers, the entire legislative process comes to a halt until it drifts back into the elevator and disappears back from whence it came,” said one pale staffer.

Because of their religious fervor and belief in non-science, members of the Republican caucus are reportedly more fearful of the phantom than their Democratic counterparts, who mostly consider it an obstructive nuisance.

“Mitch McConnell is not a ghost, he’s just a very creepy living human being,” said Sen. Chuck Schumer (D-NY), “Yes, he’s an obstructionist asshole, but he’s not channeling some evil spirit to destroy democracy. That’s just him being him.”

“We musn’t speak too loudly. He can hear a mouse sneeze in a barn,” whispered a visibly frightened Sen. Lindsay Graham(R-SC) who was reluctant to do our interview, “He’s none too friendly when he gets persnickity.”

“Who gets persnickity?” said a gangly apparition that appeared over Sen. Graham’s shoulder during our interview, “Lindsay, may I speak to you in my elevator?”