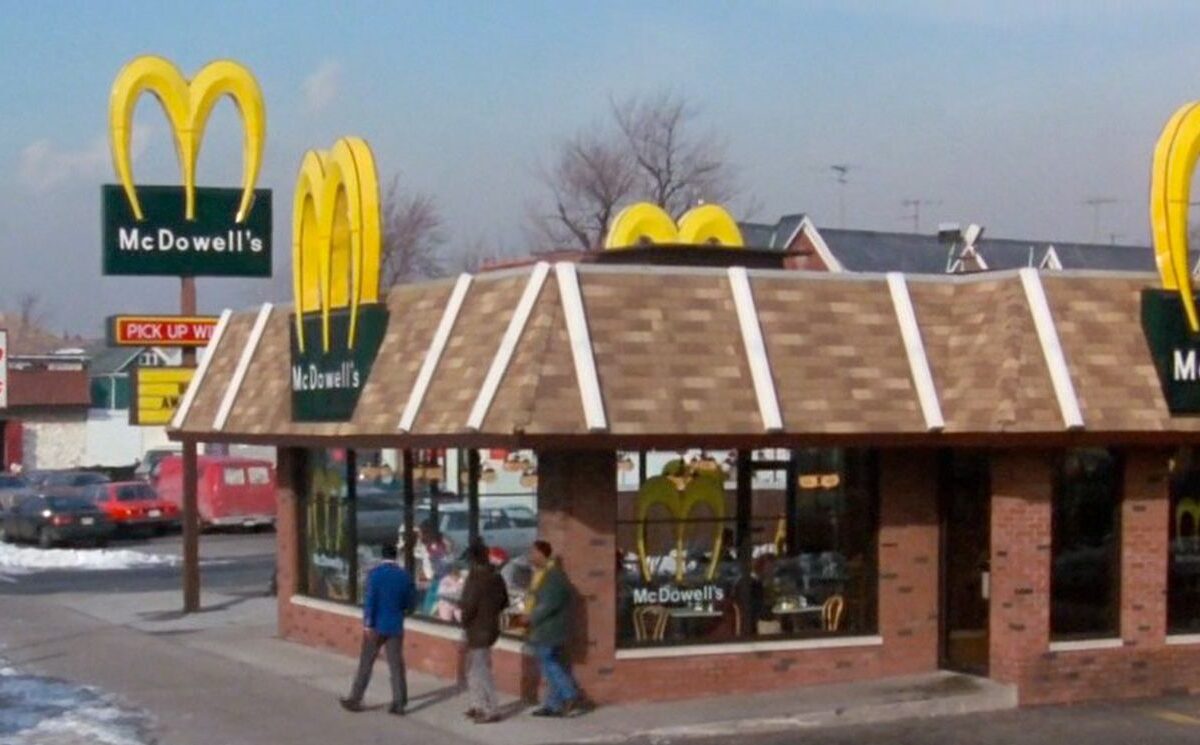 QUEENS, NEW YORK — After the shuttering of McDonald’s restaurants in Russia due to the country’s invasion of Ukraine, president Vladimir Putin has made a desperate plea to other fast food chains to fill Russia’s empty food courts and bus stations. While this plea fell on mostly deaf ears, Queens-based McDowell’s burgers has answered the call.

“McDowell’s is always looking for opportunities to expand into McDonald’s-free zones and I think this is just that opportunity,” said founder Cleo McDowell, “Business isn’t coming to America so I guess we’re going to Russia.”

With Big Mac’s now being sold on the Russian black market at 1,000% mark ups, it is clear the country is nearing a fast food crisis. Demand for western food, clothing, and merchandise has begun to soar as the companies exit Russia in protest of Putin’s illegal invasion of Ukraine.

“Russia has already begun plans to launch a replacement chain called ‘McDonbass’ that will feature a delicious double pickled herring patty with meat jelly special sauce on Russian black bread, which is almost identical to the western Big Mac,” said foreign minister Sergei Lavrov, “Until then, McDowell’s will fill the void.”

Mr. McDowell’s willingness to appease an autocratic tyrant has drawn sharp criticism, with many arguing that McDowell’s brand infringes on that of the similar but much larger McDonald’s chain.