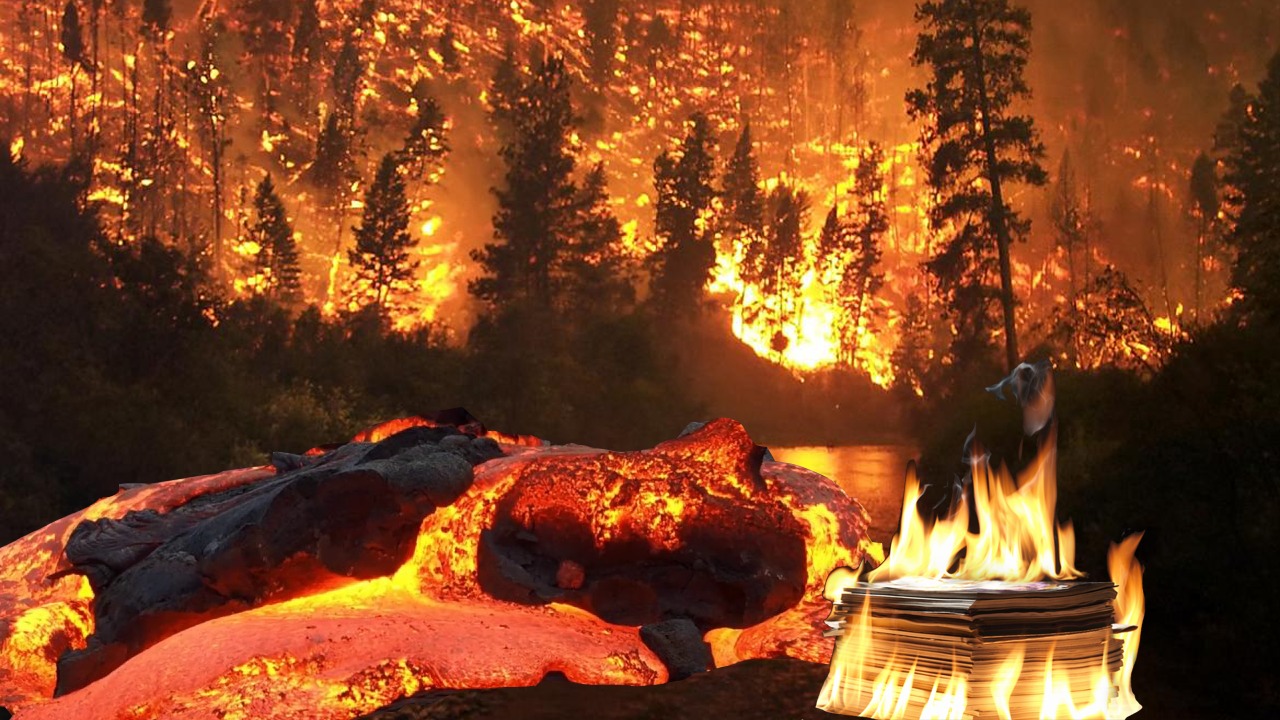 WASHINGTON, D.C. — A shocking new 2,000-page climate report commissioned by the White House was released this week detailing the effects of climate change on the US economy. Unfortunately, the report appeared to be unfinished with the last few pages incinerated by volcanic ash before scientists could complete it.

Since these missing pages contained the entire conclusion of the the research, many are questioning if any useful information can be inferred from the incomplete report. The final legible sentence read: “The destruction of Earth could occur at any min–” with the remaining words singed off by molten lava.

“This report was a total mess,” stated lead climate change denier Representative Devin Nunes (R-CA), “The first hundred pages were drenched in flood water, another hundred were stuck together in a block of ice frost, and fire burned the back end of it.”

Added Rep. Smith, “We also have no idea what ‘any min–‘ was meant to say. Will we be destroyed by a illegal minigrants, a mind control device, or perhaps the mythical beast known as the Minotaur? Unfortunately, we may never know the answer.”

The legible portions of the report paint a grim picture of the future of the planet. Weather of increasing intensity would threaten to drown coastal cities, while dryer parts of the world will be engulfed in wildfires similar to what has been witnessed in California over the past year.

“We know what they think is going to happen,” said upright turtle Sen. Mitch McConnell (R-KY) “But we don’t know if they  think this is a good or bad thing. The last thing we want to do it jump to conclusions.”

The report was hand delivered to the White House by the last surviving climate scientist whose badly sunburned lips were falling off his face as he begged for fresh water. Fearful he was infected by a “zombie-like plague”, administration officials let him die on the doorstep.

Democrats were furious by this decision, “He was the only researcher to make it out of their facility,” complained Rep. Nancy Pelosi (D-CA), “We could have asked him how it all ended!”

“Normally, when we commission a science-based report, we shroud in such unmitigated ineptitude that no conclusions can be drawn,” said a White House spokesperson, “Luckily, in this case, the collapse of the global ecosystem did that for us.”