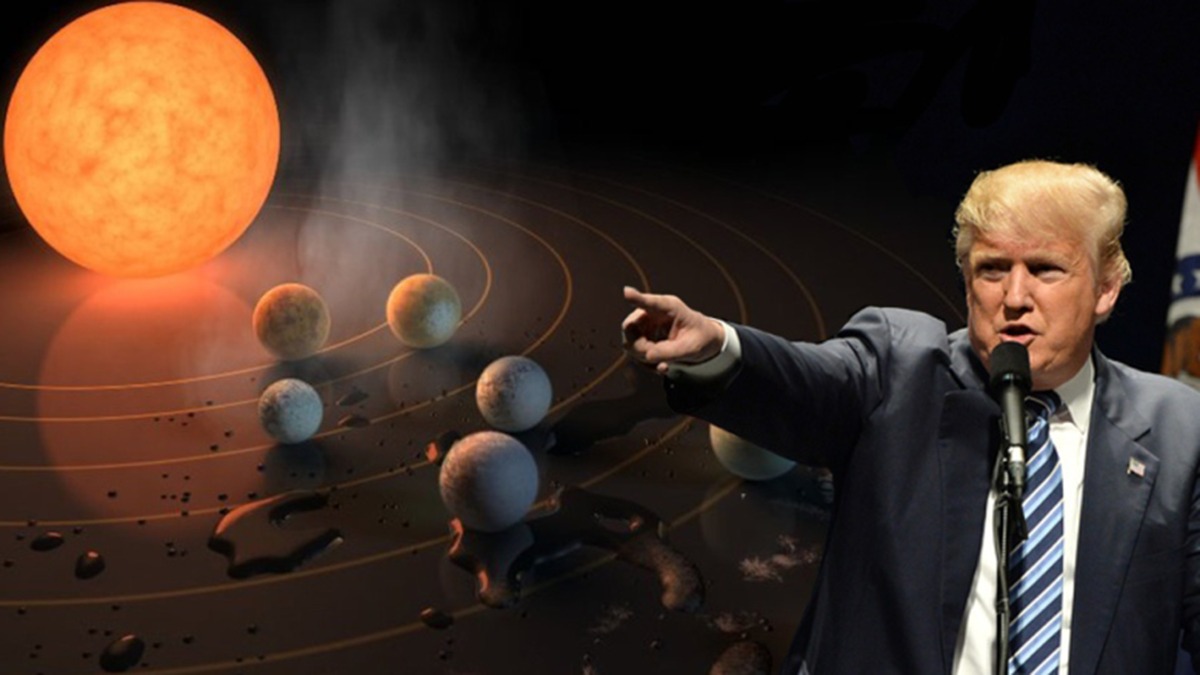 WASHINGTON, DC — In a two-hour Earth Day celebration speech on the White House lawn today, President Trump did not make a single mention of Earth. Instead, the president sung the praises of each of the other seven planets in our solar system and repeatedly spoke about what a great job they are doing.

The speech stood in stark contrast from previous presidents who have viewed Earth Day as celebration of Earth. Instead, Trump appeared to play word association with each of the other planet names as they appeared on his teleprompter.

In his often rambling commentary, Trump ad-libbed a few sexually suggestive jokes about Venus, an emotional soliloquy about his love of Mars candy bars, and a 10-minute tirade about what a crappy car the Saturn was and how he would have turned it into a multi-billion dollar American company. At times it was unclear if the president was speaking in tangents or unaware that they were also planets.

Critics were quick to question why the president seemed more concerned with the well-being of other planets and not his own.

“It’s totally inappropriate for a sitting president from planet Earth to praise the brutal atmosphere of Venus or envy the total lack of life on Neptune,” said Sen. Jeff Merkley (D-OR), “Meanwhile, he doesn’t have a single nice thing to say about Earth.”

The president also used the opportunity to promote his oft ridiculed Space Force, and its role in protecting and exploiting rich gas and mineral deposits on our planetary neighbors. Several big oil CEO’s were present to give brief overviews of their plans to extract wealth from other planets once Earth is ‘no longer producing’.

Republicans jumped to the president’s defense, many blaming his comments on “an inability to comprehend basic astronomical concepts.”

“The president stares directly at the sun and thinks human life originated from oranges,” said Sen. Lindsay Graham(R-SC), “I’m not saying either of those are bad or wrong, in fact maybe our neighbor really is a giant candy bar in space. Who really knows?”