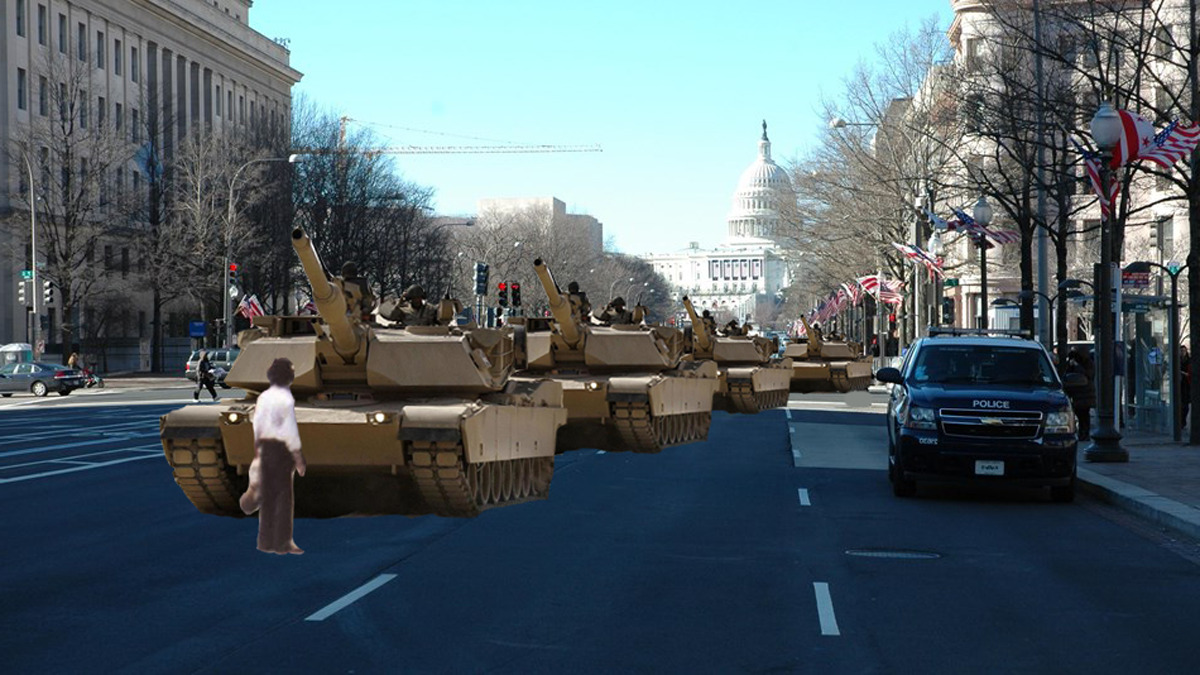 WASHINGTON, DC — President Trump has demanded that this years Fourth of July celebration include military tanks crushing protestors who stand in their path. What started as a “non-partisan” parade to celebrate America, has quickly turned into a day to pay tribute to a president with sagging approval ratings.

Many in Washington were opposed to Trump’s coopting of a day for all Americans, but the Trump administration has repeatedly stated that the President’s speech along with other festivities will not include any self-promotion. A spokesperson added “But if you have a problem with the president spending 90-minutes talking about what a great job he’s done, then you’re a socialist commie”.

As the tanks shred through Washington’s streets and infrastructure, Trump will give a speech during which he has ordered military leaders to stand by his side in order to remind citizens that he wields the absolute power to crush any rebellion. At the same time, Americans are ordered to join together and enjoy a joyous bipartisan “Salute to America”.

“The Fourth of July is a day for all Americans to celebrate, as long at they are all celebrating on the right side,” said new Press Secretary Stephanie Grisham.

The White House ordered the tank rollover, as well as a flyover by military jets, to quell any potential resistance from holiday revelers. Brigades of club-wielding paramilitary police will be on hand to beat and repel any individuals or groups showing any “Un-American” behavior.

This includes kneeling when a flag is visible, voicing any anti-Trump sentiment, suppressing the freedom of speech of Nazis or white-supremacists, and denouncing racism or hate speech.

“The President wants to celebrate himself and his reign with minimal disturbance from libtards,” added Grisham, “The tanks are merely on standby and will not be ordered to crush anyone unless those people get in the way of that.”

Humans rights groups are on high alert, saying Trump’s takeover of America’s birthday is unprecedented in modern times. “The White House has been slowly transforming what started as a short speech into a full on dictatorial military parade,” said one concerned observer.

Trump has been calling for a massive military parade for years, but both parties have called it is an unnecessary waste of money and a display reserved for history’s most vicious military dictators. But Trump allies have denounced those claims saying Trump was never in the military.