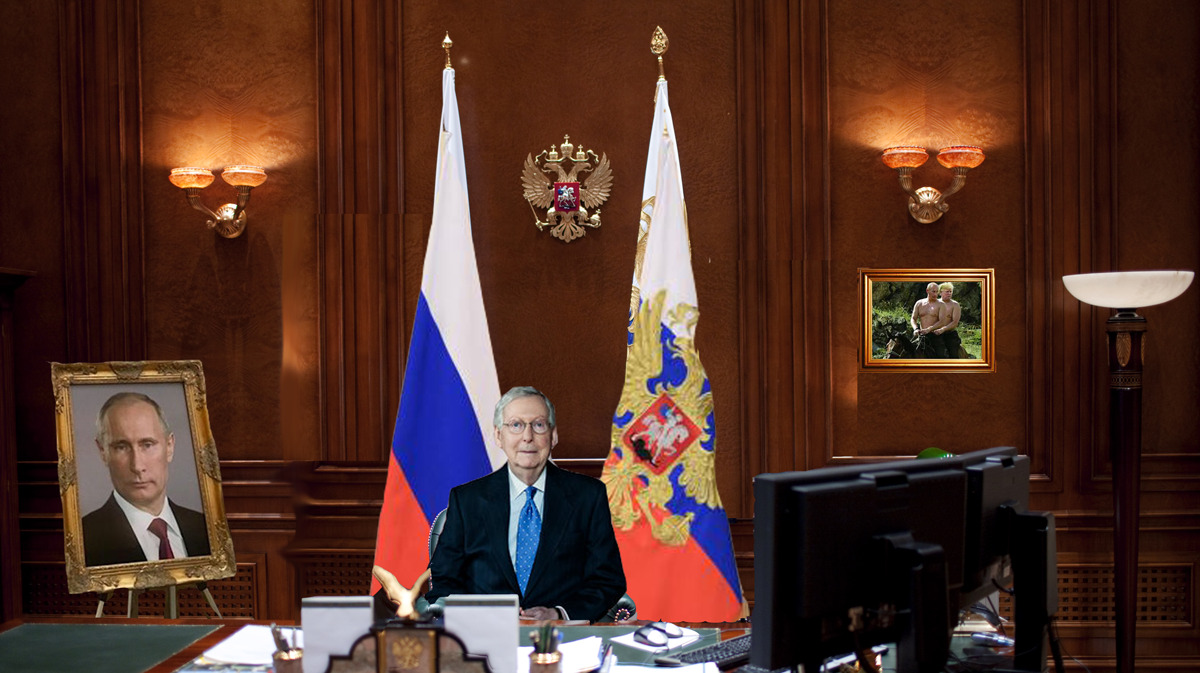 WASHINGTON, DC — In a surprise move that pushed the limits of his cover, Russian operative Mitkh Mikkonilov was able to single-handedly defeat two election security bills that were brought before the Senate. Familiarly known by his cover identity, Mitch McConnell, Mikkonilov has quietly climbed the political ranks to become the Senate Majority Leader. During his tenure, Mikkonilov has successfully promoted the interests of his homeland, while striking down countless measures intended to protect American democracy.

Many Republicans continue to deny Mikkonilov’s true identity, claiming no spy would act as openly pro-Russia as McConnell or wear a skin suit three sizes too big.

Although Mikkonilov continues to deny his involvement with the Russian government, his refusal to act on election security has come under increased scrutiny after countless public warnings about Russian election interference from US intelligence agencies as well as the recent testimony of Robert Mueller.

Additionally, Mikkonilov has grown rich on his US assignment by negotiating shady business deals with sanctioned Russian mobsters. He has claimed that these friendly relations are why he hangs a portrait of Vladimir Putin between two Russian flags in his office on Capitol Hill.

RELATED: Putin and Kim Meet to Make Fun of the Length of Trump’s Term

Still, Republicans refuse to believe their long-serving comrade to be anything but an American patriot.

“So he eats borscht for lunch every day in the Senate cafeteria along with a tall glass of vodka,” said a cryptic Sen. Lindsay Graham(R-SC), “I once saw a hen eating cat-shaped buttermilk biscuits without country gravy.”