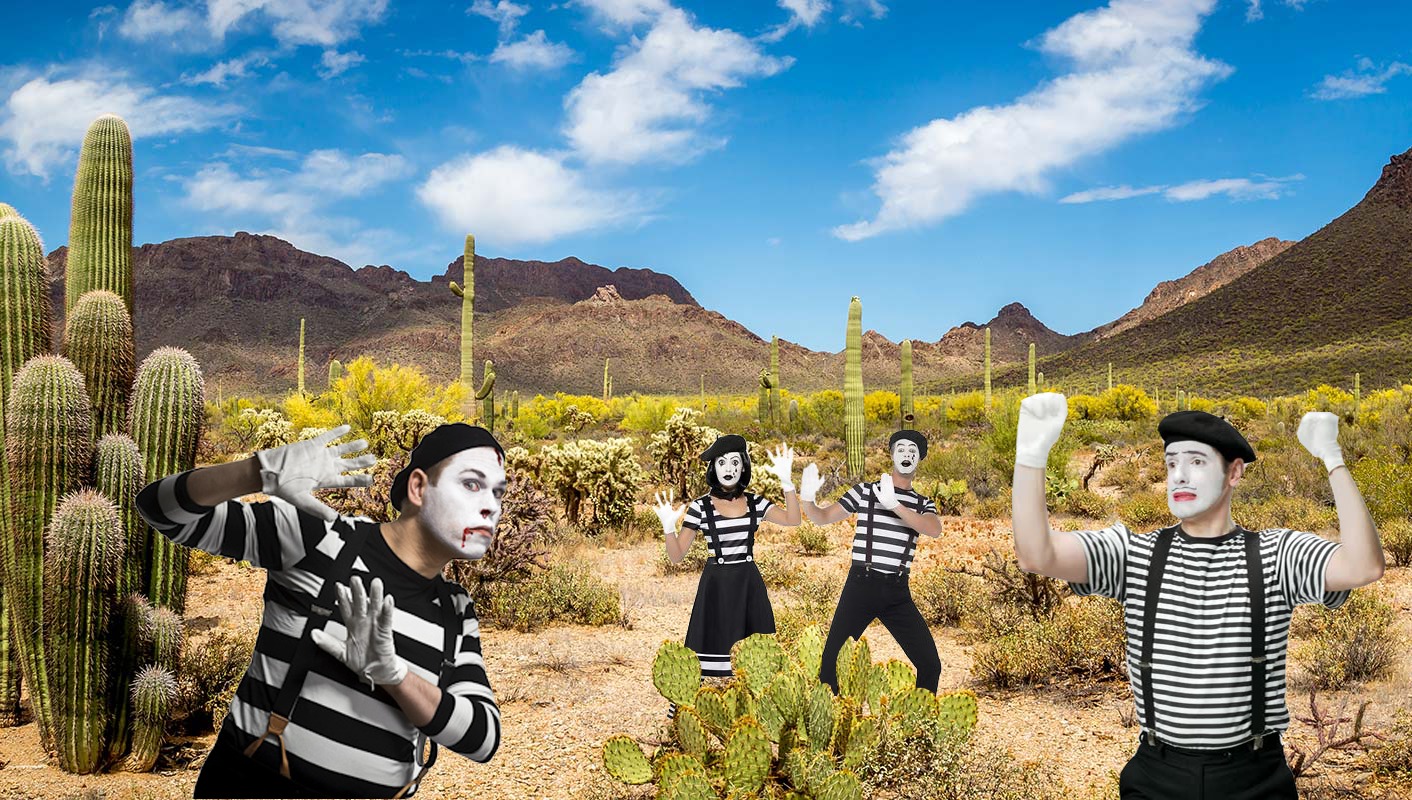 EL PASO, TX — As the fight for Trump’s concrete US border wall intensifies, the current invisible wall has continued to quietly repel dozens of criminal pantomines attempting to illegally enter the country.

Customs and border surveillance cameras have captured numerous bands of the silent invaders, dressed in striped black and white tights, met by what is believed to be a 100 foot invisible wall that currently protects 1,500 miles of the southern US desert border.

Border patrol agents claim the invisible wall has been highly effective when dealing with mimes, so effective that many are wondering if a similar non-existent wall could be constructed to repel non-mimes. So few mimes have found the tiny invisible opening in the massive wall that the number of illegal mimes in the US has dropped to near zero.

RELATED: Kirstjen Nielsen Released Back into the Wild

“They pretty much feel their way hand over hand for miles before returning to their criminal activities in Mexico,” said one border patrol agent.

President Trump has been furious with Congress for its unwillingness to allocate $5 billion taxpayer dollars to build a real wall, even declaring a state of emergency to draw funds the government had planned to use for natural disasters in non-Democratic states. Although this would only allow for a fraction of wall to be built, many believe a fierce legal battle from Democrats awaits.

In the meantime, countless mimes are repelled daily. Although the White House insists the mimes are all part of a large criminal theater troupe, some say they are simply looking to fill theatrical jobs no Americans will take.

“American’s don’t mime anymore,” said Debra Warring of the American Mime Theater, “Before Trump’s Invisible Wall we were able to fill shortages with Central American mimes, but now fewer and fewer are making it into the country.