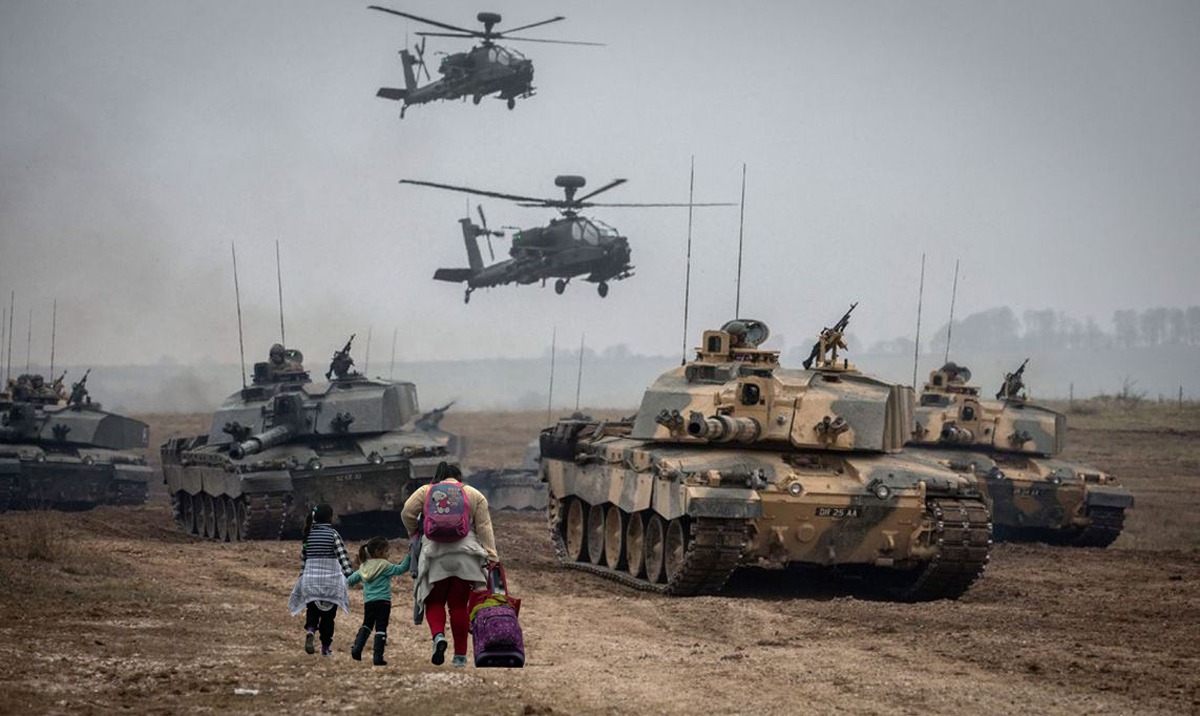 JUAREZ, MEXICO – When Carla Martinez decided to cross into El Paso Texas with her two children, she was seeking an opportunity for higher paying work. They packed up a backpack and filled two jugs of water and waded into the Rio Grande. In the late hours of the night, they were intercepted by six AH-64 Apache attack helicopters from the 1st Armored Division and infantry from the 3rd Cavalry Regiment and 82nd Airborne Division.

Their apprehension, dubbed Operation Get Carla, was part of an ongoing effort to thwart what President Trump has called the “immigrant invasion“. Army intelligence had been running surveillance on Carla for weeks as she mulled her decision to cross into the US.

“We knew she was having a hard time finding work and was considering crossing,” read a statement from CIA headquarters in Langley, Virginia, “Our embedded Special Operations commando had been posing as her friend Carlos for quite some time, so we had a good idea of what was on Carla’s mind.”

Ms. Martinez and his children were said to be caught completely off guard as thousands of paratroopers rained down from the sky above them. Within seconds of exiting the river, the Martinez family was staring down the barrel of over 300 guns with numerous aircraft circling overhead.

“Once the choppers vectored in on their position, we sent in two fire team battalions under cover of the 30th mechanized artillery brigade with additional air support from  the 82nd’s air assault sustainment brigade,” said Operational Commander of Joint Task Forces Major General Erik Peterson.

In total, the cost of the operation topped $14 million, but the Army assured the public that Ms. Martinez and her children would never have the opportunity to rape or murder a single United States citizen.

Although most of the 20,000 troops stationed at the border spend most of their time maintaining their equipment and blowing up cacti, more than two families have tried to cross since their deployment.

“We got woken up from the barracks as 2am last night because FORSCOM spotted movement three clicks southwest of our position,” recalled Corporal Matt Winkins of the 3rd Cavalry. “After softening it up with around 200 tank rounds, we called in a Predator strike and leveled 2 square miles of desert. We never found out what it was, but it’s definitely not in America.”