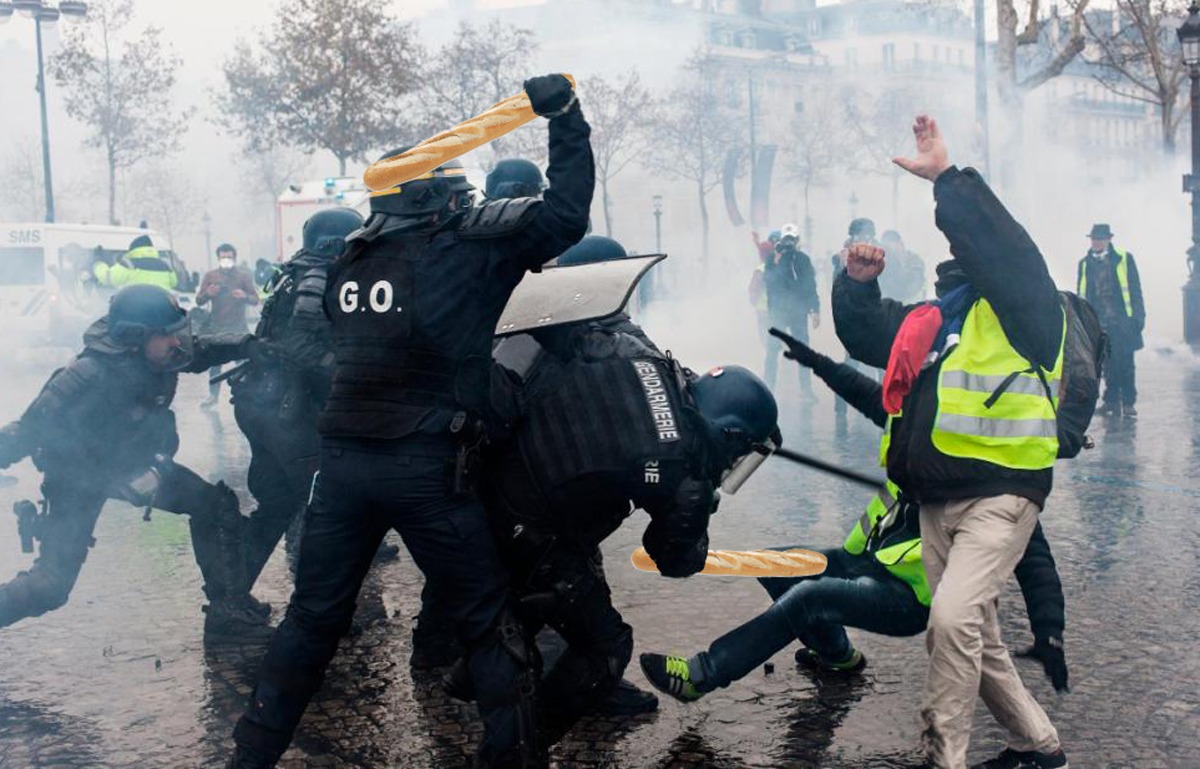 PARIS, FRANCE — As clashes between protestors and French police continue, some are calling to question the suppression tactics being employed as images surface of protestors being beaten by stale baguette and dusted by weaponized pepper mills.

During the recent “yellow vest” protests, multiple outlets report the use of extremely brutal tactics, by French standards, causing a mix of outrage and mouth-watering curiosity.

“They are using 3-4 day old baguette,” complained one victim of a beating, “When it is that stale, it might as well be a wooden stick.”

Cuisine and fine-dining are inextricably linked with all aspects of French culture, including the frequent protests and strikes that plague the parliamentary democracy. In Paris, world-class chef’s work tirelessly to create some of the country’s most delectable means of crowd suppression.

Last week, Alsacienne cornichons were fired from riot guns at an angry mob, injuring many, and delighting others who happened to be at a nearby pâté tasting.

“Of course we feel sorry for those who are injured by the cornichons,” said one picnic reveler, “But you should never let a great pairing go to waste.”

For centuries the French have been cultivating crowd control methods unlike any other in the western world. Because of their culinary mastery, there evolved a natural marriage between fine foods and spirits and beating or subduing non-compliant ruffians.

In the Montparnasse section of Paris, a group of yellow vests were dispersed by tangy shallot-based gas canisters prepared by world renowned chef Benoit Jean-Poulier, “I wanted to create something that would activate pleasant palatial senses to mask the discomfort of your eyes burning within your head.”

Despite the criticism, French authorities say they will continue to employ their brutal methods even implying that they may use warm, corked, white wine cannons if the protests do not end in a timely manner.