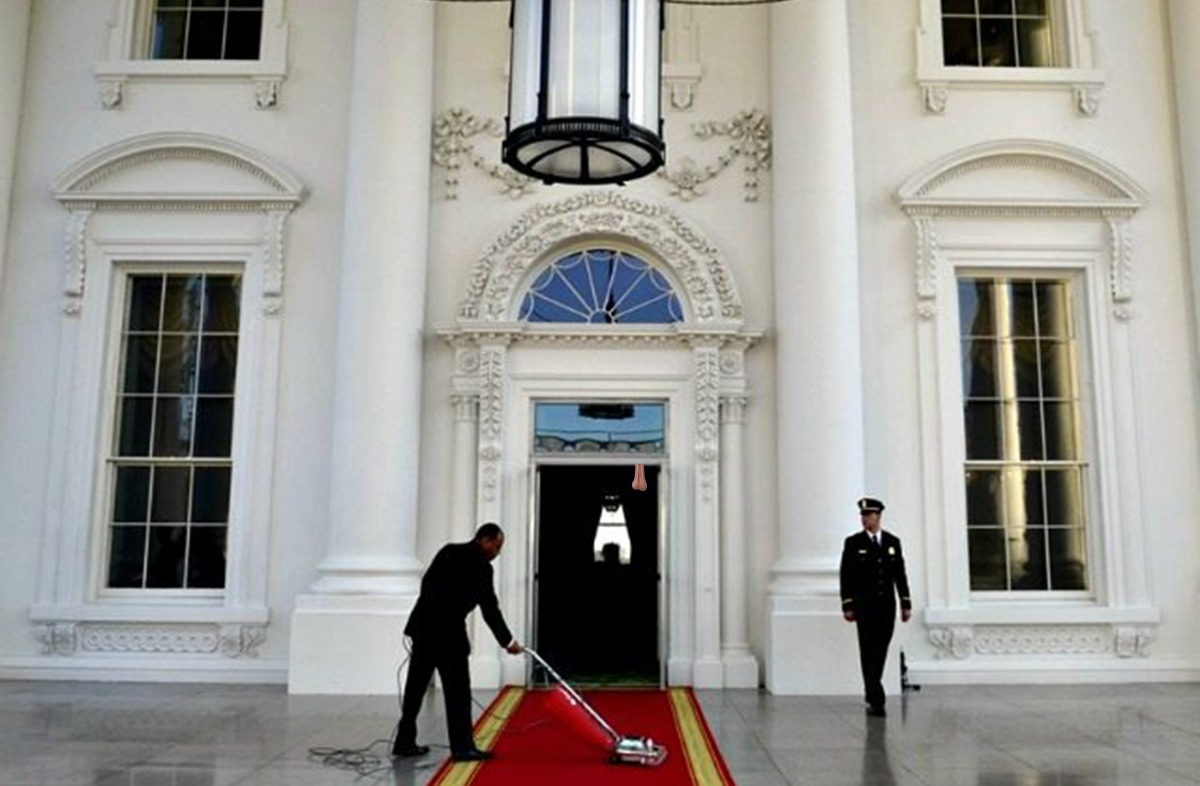 WASHINGTON, D.C. — As the rumored dismissal of one of the longest tenured and  most stable members of the Trump administration draws near, many in the White House wonder what impact John Kelly’s departure will have on the presidency and who will fill his shoes.

As an ominous warning to any future Chiefs of Staff vying for the vacant position, Mr. Kelly’s testicles were nailed to the upper doorframe of the White House entrance shortly after his dismissal.

Unnoticed for several hours, a member of the White House Press Corp pointed out the two blueberry sized spheres dangling from the doorway.  They were later definitively identified as the former Chief of Staffs left and right reproductive organs.

Several passerby’s had mistaken the testicles for mistletoe and taken kissing photographs beneath them before their true nature was revealed.

“We figured it’s dangling in the doorway and it looked like two little holly berries,” said one visiting newlywed, “It’s a little weird, but maybe it has some deeper meaning.”

Immediately after the White House disclosed the nature of the hanging scrotum, several Chief of Staff candidates asked to have their names removed from consideration. This has left the White House hamstrung to fill the critical position in a timely manner leading many to question the decision to hang human genitalia within the historic building.

“John Kelly is a good man who deserves to leave this place with all of his bits attached,” stated occasional Trump critic Senator Lindsay Graham(R-SC).

Democrats were less forgiving  with Rep. Nancy Pelosi (D-CA) calling the move, “…grossly inappropriate. Thousands of school kids walk through that doorway every year. What kind of message does this send to our children?”

Insiders claim the decision was made “at the top” and would not be reversed. They also said the testicles will remain in the doorway through the holidays and possibly longer if the message is not clearly understood by those who enter the presidential residence.

“The President doesn’t care if there are two moldy raisins up there in 2020, as long as they are symbolic raisins,” one staffer said.

Many question why an honorable man and decorated soldier like Kelly would allow the Trump administration to remove and lay claim to his testicles after such a prolific career, but he was unavailable for comment.