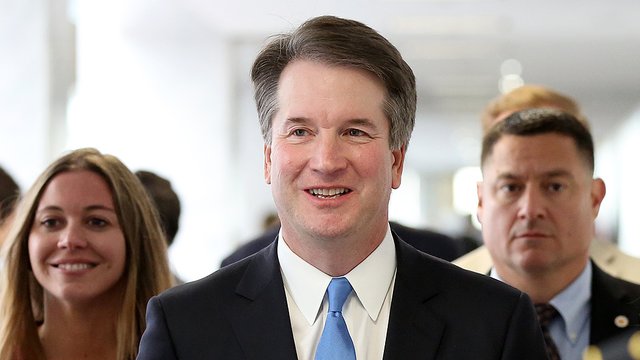 WASHINGTON, D.C. — With his tumultuous confirmation behind him, newly appointed Justice Brett Kavanaugh has finally begun his transition to the Supreme Court. After weeks of allegations of sexually inappropriate behavior and protests throughout the country, Kavanaugh has said he is excited to begin work stripping women of their civil rights.

Several landmark cases lie ahead and with its new conservative majority, the Supreme Court will no longer deliberate or hear cases but instead rule on the side of other conservative, straight, white men.

“I’ve been violating women my entire life, but now I have the special opportunity to do it on a national scale,” said Kavanaugh, “Between myself and the other four conservative Justices, we will have a veritable devil’s pentagon with which we can boof women for decades to come.”

Taking away women’s reproductive rights are at the forefront of Kavanaugh’s agenda, followed by equal pay and voting rights which will help ensure the reelection of conservative politicians indefinitely.

“If we can somehow take away a woman’s right to vote, we will no longer be at the mercy of the MeToo movement which has been victimizing all of us white men for over a year,” said Justice Clarence Thomas.

Republicans had long feared Kavanaugh’s appointment would enrage female voters, but determined they could weather the storm since no one listens to women.