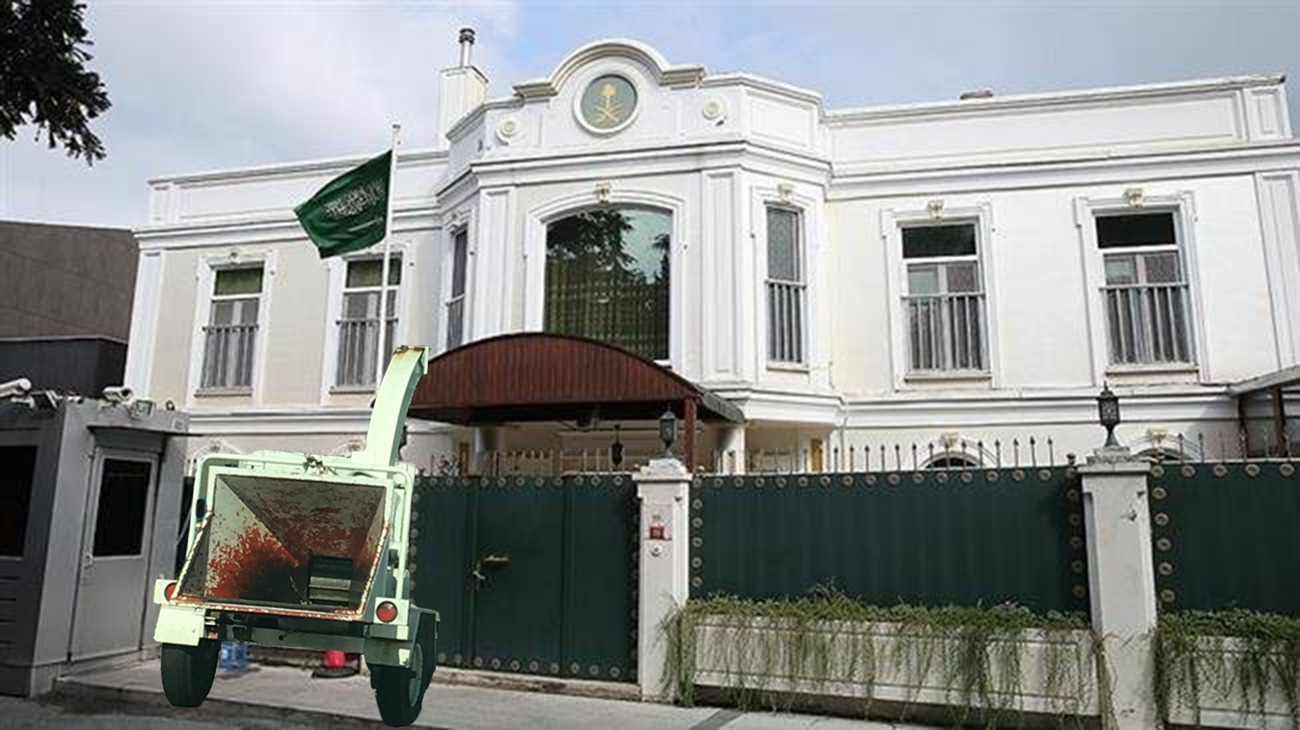 ISTANBUL, TURKEY — As questions regarding the fate of international journalist Jamal Khashoggi mount, Saudi Arabia continues to deny any involvement in his disappearance. Mr. Khashoggi, who has been critical of the Saudi government, was last seen entering to Saudi Consulate in Istanbul on October 2nd to apply for a marriage license, but surveillance footage shows he never exited the building.  The only activity for hours after his entrance was a groundskeeper in a duct taped plastic jumpsuit fertilizing the garden with a riding mulching cart.

Yesterday, Turkish authorities entered the consulate in Istanbul and asked to examine the wood chipper seen in the video.  Investigators managed to scrape blood and brain matter from the machine which Saudi officials claim “…came that way.”

“Those brain pieces must have belonged to the previous tenant.” stated Saudi Crown Prince Mohammed bin Salman. “We didn’t have the opportunity to go look for furniture so we rented a consulate that was already furnished,”

Washington has been quick to defend the Saudis as a $110 billion arms deal teeters on the brink of collapse. President Trump dispatched newly appointed Secretary of State Mike Pompeo to help the Saudis brainstorm denials in the wake of Khashoggi’s disappearance.

“We are waiting for the facts,” said Pompeo, “But here’s one fact: Who doesn’t prefer renting a furnished property?”

The Saudis were outraged by accusations of mulching the lawn with the journalist and stressed their commitment to landscaping. “We meticulously tend to our lush fruit grove which has been nurtured by the hearts and minds of some our most committed citizens.”

President Trump stands by the Saudis and has threatened to send any journalist who publishes alternate theories to the consulate in Istanbul.

“If he says it came with the house covered in blood that was also sprayed throughout their garden, then I believe them. It’s a beautiful, gorgeous garden.” said President Trump in defense of the increasingly embattled Crown Prince. “We aren’t going to start calling people guilty just because they don’t want to go furniture shopping.”